Love people, preach Jesus… that’s it! Come check out our family located at the SE corner of Prairie Creek. Our 5 acre wooded oasis provides a place of refuge from the ‘stress of life’. A warm country welcome awaits you at HC! 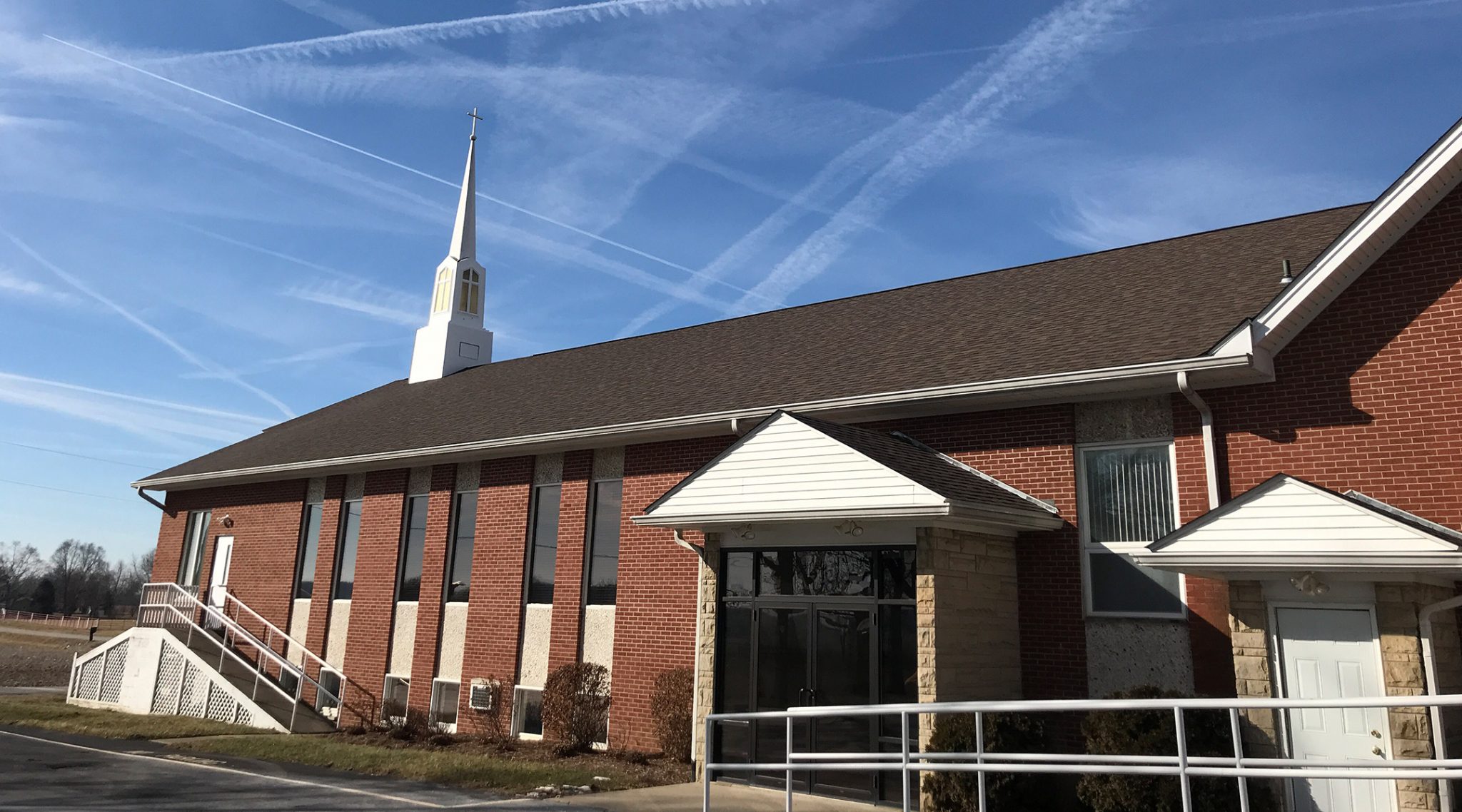 We Are a Christian People

As members of the Church Universal, we join with all true believers in proclaiming the Lordship of Jesus Christ. We value our Wesleyan-Holiness heritage and believe it to be a way of understanding the faith that is true to Scripture, reason, tradition and experience.

We Are a Holiness People

God, who is holy, calls us to a life of holiness. We believe that the Holy Spirit seeks to do in us a second work of grace, called by various terms including “entire sanctification” and “baptism with the Holy Spirit” – cleansing us from all sin; renewing us in the image of God: empowering us to love God with our whole heart, soul, mind and strength, and our neighbors as ourselves; and producing in us the character of Christ. Holiness in the life of believers is most clearly understood as becoming Christ-like.

We Are a Missional People

We are a sent people, responding to the call of Christ and empowered by the Holy Spirit to go into all the world, witnessing to the Lordship of Christ and participating with God in the building of the Church and the extension of His kingdom (2 Corinthians 6:1). Our mission (a) begins in worship, (b) ministers to the world in evangelism and compassion, (c) encourages believers toward Christian maturity through discipleship, and (d) prepares women and men for Christian service through Christian higher education.

Getting people to Jesus - Salvation

Discipleship – daily devotions, being plugged into a small group

Know their life purpose in Jesus and His Kingdom

The History of Harris Chapel

During the summer of 1917, a meeting was held in the Ol’ Brick Church, about five miles northwest of Harris Chapel’s present location. With the influence of Dr. E.O. Chalfant, pastor of the Muncie First Church of the Nazarene, and evangelist Herbert Groves, this meeting became the talk of the community. Dr. U.E. Harding, the District Superintendent, sent Rev. M.T. Brandyberry to organize a Nazarene Church in this community. On October 6, 1917, this church became a reality, with the blessing of the Holy Spirit. The charter members were: Walter Rees, Richard & Myrtle Gibson, Frank & Maude Shockley, Chad Chalfant and John Harris. Ground was donated by John & Lou Harris. With God’s help, a church building was erected at the present location. The first service was held in the church with fifty people present on February 24, 1918.

A dedication service was held on March 17, 1918 with the church filled to capacity. Each one who gave or pledged on the offering that day (which totaled $2,300) was granted the privilege to vote on a name for the church. Two names were considered: “Harding Chapel” and “Harris Chapel”. It was dedicated as “Harris Chapel Church”. The following were taken into the church: Lou Harris, Veda Lowery, Bessie, Jessie & Olive Rees, Henry & Belle Gilbert, Simon Hiatt, Arlie & Pearl Lowery, William Whitehead, Otis Wine, Mollie Wine, and Gertie Chalfant.

A parsonage was added during the pastorate of Rev. Fleetwood. In 1976 the present parsonage was built. Improvements and additions were made to the church, including a fellowship hall in December, 1966 and the new fellowship facility in the summer of 1990. We’re more excited than ever about God’s plans for Harris Chapel over the next 100 years, and we invite you to be part of the journey! 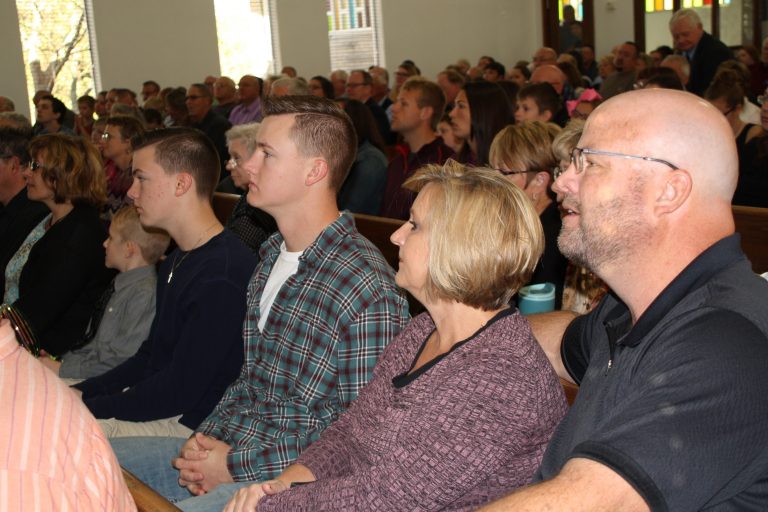 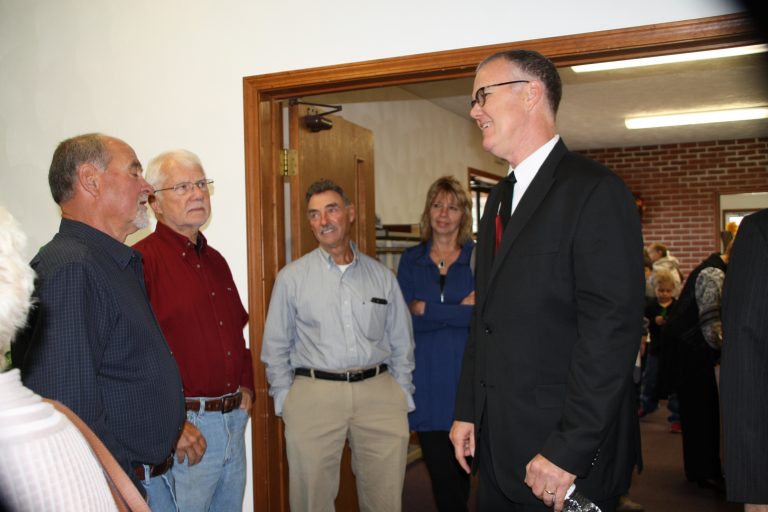 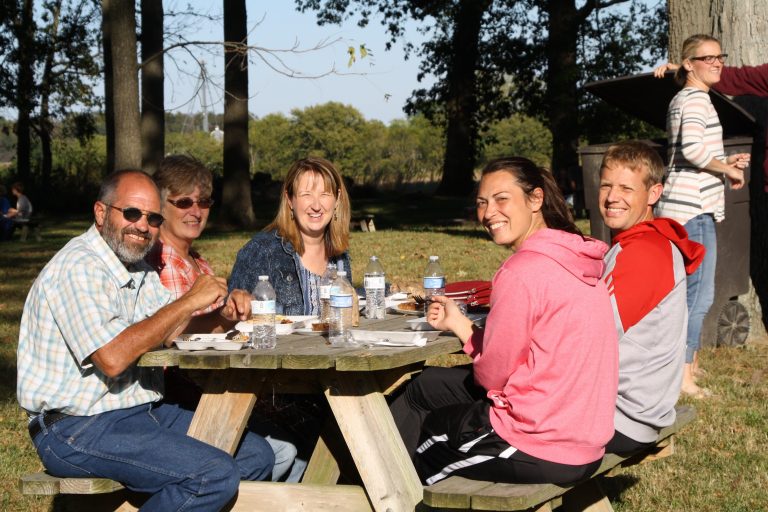 "Go therefore and make disciples of all nations, baptizing them in the name of the Father and of the Son and of the Holy Spirit, teaching them to observe all that I have commanded you. And behold, I am with you always, to the end of the age."

JOIN US THIS SUNDAY